The origins of the North Haven Surf Life Saving Club come from the formation of the Taperoo SLSC. The history of the club has it’s roots in the Semaphore SLSC, and it is there that we will begin our journey. 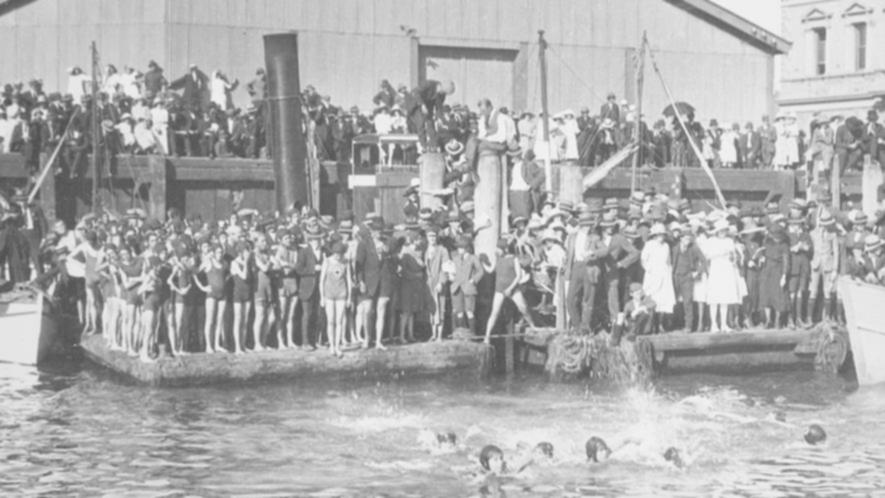 On March 8, 1967 a special meeting was called by Mr. E. Simpson, President of Semaphore SLSC. Prior to this meeting, there had been open confrontations between the President and two of the members of Semaphore. These two members, Brian Simpson and Mick Gregurke, had a proposal to establish a club at Taperoo beach. During the special meeting, there was open discussion between all in attendance, and approximately 10 members of Semaphore had indicated interest in establishing a new club at Taperoo.

The weekend following the special meeting saw the Surf Life Saving South Australia State Titles held at South Port. At the conclusion of the event on the 12th of March, several medals were awarded to members of Semaphore SLSC. However, the Secretary of Semaphore also handed envelopes to 4 of his members: Barry Farmer, Mick Gregurke, Ray McKechnie and David Nelson. These letters informed all 4 members that they had been suspended for life from Semaphore SLSC for “causing discord and unrest” within Semaphore SLSC by proposing the establishment a new surf life saving club. Upon appeal, their suspension was reduced to 5 months and recommended that any future application to rejoin Semaphore SLSC be refused.

At this stage, the 4 members were all aged between 16 and 18 years. Because of their suspension from Semaphore, they were unable to have any communication with the Association (now Surf Life Saving South Australia). However, they were still as determined as ever to establish a club at Taperoo. In particular, Mick Gregurke and Dave Nelson took the lead on this new venture. Dave took on a secretarial role and wrote the necessary letters. His brother, Tony Nelson, also a member of Semaphore SLSC, signed these letters on his behalf.

“… I’m not sure about the date – sometime in April 1967 – but Dave and Mick visited L.R. “Casey” Cooper at his home in Exeter. Casey was a well known sportsman in the Port Adelaide District, being a coach, an umpire, on several committees as well as a tally clerk and work associate of our fathers. He agreed to be the inaugural President of Taperoo Beach SLSC. They also visited Ted Charles, local North Ward Councilor, to ask him to support their proposal.” – Tony Nelson, Life Member of North Haven Surf Life Saving Club

Once news filtered through that support was moving for the formation of the club, several Bronze Medallion holders from Semaphore were keen to get onboard. Jock and Jamie Coull, Gavan Farmer, John Gardiner, as well as Tony and Kevin Nelson all declared their support towards Taperoo.

On the 1st of May, a letter was sent to the Adelaide Branch of Surf Life Saving South Australia. This letter advised the branch that the members wished to establish a club at Taperoo, and a request was made to have a liaison officer appointed to guide the members through the correct procedures for establishment of a new club.

In June of 1967, Mr. Ian Tothill was appointed to be the liaison officer to oversee the establishment of Taperoo Beach SLSC. However at this point, 4 of the members requesting the formation of the club were still under suspension from Semaphore SLSC, and as a result could have not official communication with the Adelaide Branch until September.

In September, another letter was sent to the Adelaide Branch requesting permission for the members to attend the next Branch meeting, with intentions of outlining plans to form Taperoo Beach Surf Life Saving Club.

On the 3rd of October, President elect Casey Cooper, and interim Secretary David Nelson attended the Adelaide Branch meeting. Casey spoke to the meeting and outlined not only his experience with the amateur swimming association and other sports bodies, but also the potential of the Taperoo and upcoming North Haven area, and the support that could be raised by local businesses. At that meeting, P. Higgs moved, and was seconded by K. Burton, that Taperoo Beach SLSC be formally affiliated to the Association pending a three month probation period. Further to this, it was moved by P. Higgs and seconded by N. Hodges that a liaison officer be elected by the Branch meeting to operate between the Branch and Taperoo SLSC. Mr. W. root was nominated and elected to this position.

On the 22nd of October 1967, the first public meeting of the Taperoo Beach SLSC was convened at the Taperoo-Osborne Youth Centre (now Osborne House, on Victoria Road). The meting was officially opened at 2:40pm and was attended by approximately 60 people, including:

During the meeting, the various Office Holders were elected and the first Management Committee of the Taperoo Beach SLSC was formed.

This history of the establishment of Taperoo Surf Life Saving Club has been based on an original text supplied by Life Member of North Haven SLSC, Don Henderson.